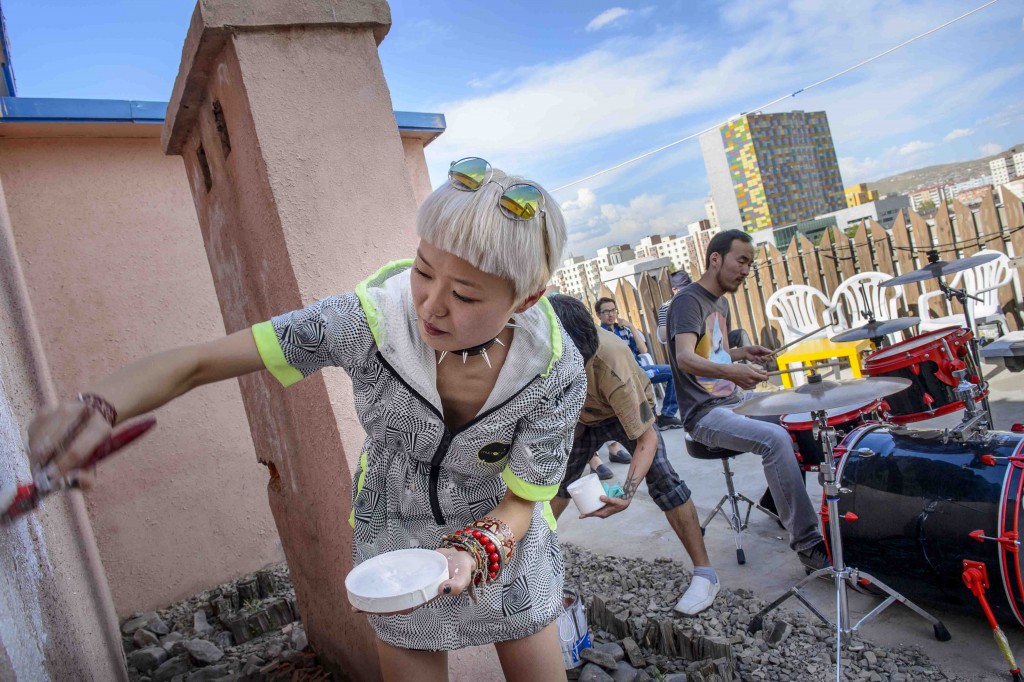 “It’s all going so fast,”sighs Gerelkhuu, a 26 year old artist living in Ulaanbaatar. “We have to remember who we are and to be careful not to lose our soul. If we don’t know who we are, we don’t know where we’ll go.”

Based in Brussels, Belgium, Marika Dee is a self-taught freelance documentary photographer. Originally, she worked as a jurist in international law and only discovered photography at a later age.
Her work explores social issues and youth culture.

As Mongolia is changing at a frantic pace and finding itself at the forefront of globalisation, its young urban generation is trying to keep up and figure out its identity.

Over the last few years Mongolia has experienced an unprecedented economic growth, driven by the massive development of mineral mining. With half of Mongolia’s 2.8 million living in the country’s capital and largest city Ulaanbaatar and more than half of the national population under the age of 30, the country has a young and increasingly urban population.

Almost 25 years after the democratic revolution that ended the communist era when Mongolia was a satellite state of the Soviet Union, a whole country is changing and its young urban generation is searching for an identity, trying to negotiate the difficult balance between the forces of globalization and the preservation of tradition.

If you like this exhibition, why not check out the HeadOn exhibition in the Law Library foyer on clouds (Photos by Daniel Arnaldi)