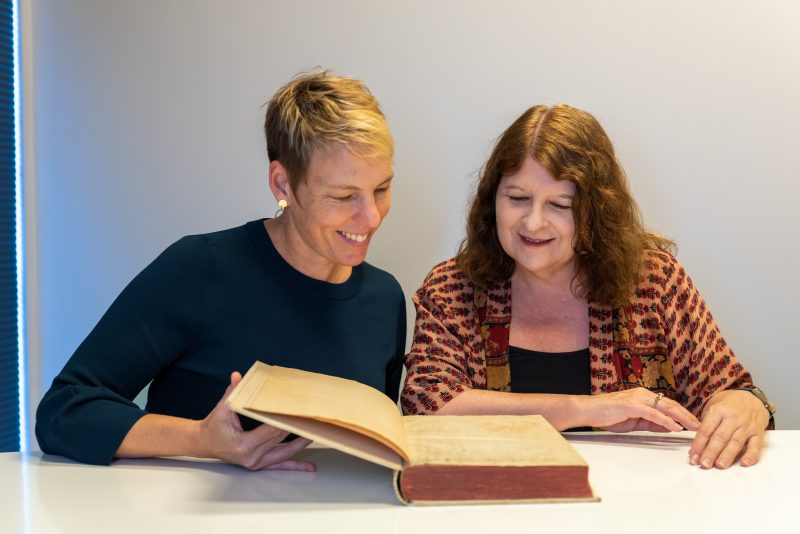 For the first time in centuries, in a copy of Dante Alighieri’s Commedia (Venice, 1497) owned by the University of Sydney Library’s Rare Books and Special Collections, Academic Liaison Librarian Kim Wilson discovered an inscription and sketch by Renaissance Artist Giorgione dating back to over 500 years ago in the back pages of the book.

The inscription confirms Giorgione’s birth year and exact date of death which has previously been unknown, and the sketch is thought to represent a first thought for Giorgione’s paintings Benson Holy Family and Virgin and Child.

An Italian Renaissance painter, Giorgione’s life was shrouded in mystery for centuries, with the exact date of his birth and death remaining unknown until now.

In the back pages of the 1497 copy of Dante’s Divine Comedy, is the red chalk drawing of Madonna and Child, a technique developed by Leonardo da Vinci fifty years earlier. The drawing is one of only two ever to be attributed to Giorgione.

An article in The Burlington Magazine March 2019, No. 1392 – Vol 161, written by Kim Wilson and  Professor Jaynie Anderson (Melbourne University), Professor Nerida Newbigin (University of Sydney) and Julie Sommerfeldt (manager of Rare Books and Special Collections) argues that Giorgione is the artist behind the drawing and potentially the owner of the rare copy of Dante’s famous text.

Little is known of the 36-year-old’s life, though historians have speculated the painter was illiterate.

“It was a serendipitous finding that will allow art historians to rewrite Giorgione’s place in history, as one of Bellini’s apprentices” said Ms Wilson.

After discovering the drawing, Ms Wilson sought the expertise of Emeritus Professor Nerida Newbigin from the University’s Department of Italian Studies, to translate the inscription written in Venetian at the top of the page on which the drawing appears. [PIC]

“On the day of 17 September, Giorgione of Castelfranco, a very excellent artist died of the plague in Venice at the age of 36 and he rests in peace.”

Professor Jaynie Anderson from the University of Melbourne, said, “Not only does this give the precise date of Giorgione’s death, but also indicates a birth date, providing bookends to his life. This is particularly significant given he was said to have had an ‘impossible biography’ for centuries.”

While the exact date the University of Sydney Library obtained the book is unknown, records indicate the book was a donation to the library sometime between 1914 and 1959.

A copy of the book can be viewed online through the Library’s Digital Collection platform here.