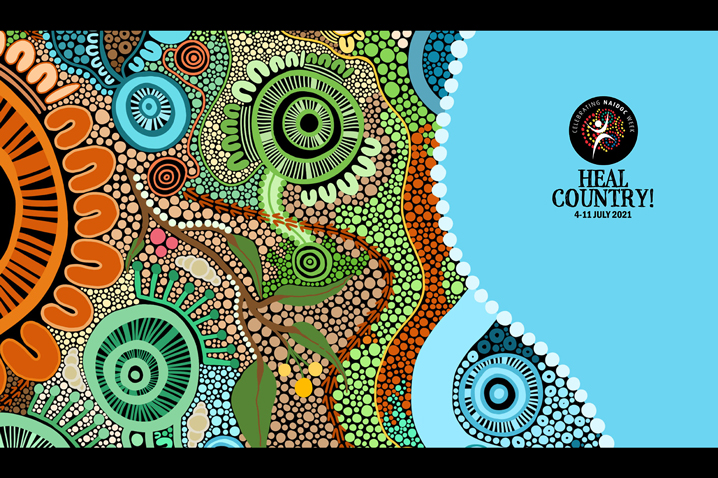 NAIDOC Week 2021 is from 4 – 11 July. This year’s theme is Heal Country. It is a call for all to seek greater protections of land, water, sacred sites and cultural heritage from exploitation, desecration and destruction.

To celebrate NAIDOC week, the University of Sydney Library is showcasing items from the collection that have been published by Sydney University Press, and that focus on Aboriginal and Torres Strait Islander communities and cultural heritage.

The concept of community-led research has taken off in recent years in a variety of fields, from archaeology and anthropology to social work and everything in between. Drawing on case studies from Australia and the Pacific, this book considers what it means to participate in community-led research, for both communities and researchers. How can researchers and communities work together well, and how can research be reimagined using the knowledge of First Nations peoples and other communities to ensure it remains relevant, sustainable, socially just and inclusive?

Djalkiri are “footprints” – ancestral imprints on the landscape that provide the Yolŋu people of eastern Arnhem Land with their philosophical foundations. This book describes how Yolŋu artists and communities keep these foundations strong, and how they have worked with museums to develop a collaborative, community-led approach to the collection and display of their artwork. It includes contributions from Yolŋu elders and artists as well as Indigenous and non-Indigenous historians and curators. Together they explore how the relationship between communities and museums has changed over time.

Recording Kastom - Alfred Haddon’s Journals from the Torres Strait and New Guinea, 1888 and 1898

A comprehensive and critical edition of Alfred Haddon’s intimate and remarkably rich journals from his two expeditions to the Torres Strait in 1888-89 and 1898-99.

The journals record in vivid detail Haddon’s observations and relationships. They highlight his preoccupation with documentation, and the central role played by the Islanders who worked with him to record kastom (traditional culture). This collaboration resulted in an enormous body of materials that remain of vital interest to Torres Strait Islanders and the communities where he worked. Haddon’s Journals provide unique and intimate insights into the colonial history of the region and will be an important resource for scholars in history, anthropology, linguistics and musicology.

This comprehensively annotated edition assembles a rich array of photographs, drawings, artefacts, film and sound recordings. An introductory essay provides historical and cultural context. The preface and epilogue provide Islander perspectives on the historical context of Haddon’s work and its significance for the future.

Manikay are the ancestral songs of Arnhem Land, passed down over generations and containing vital cultural knowledge.

Singing Bones foregrounds the voices of manikay singers from Ngukurr in southeastern Arnhem Land, and charts their critically acclaimed collaboration with jazz musicians from the Australian Art Orchestra, Crossing Roper Bar. It offers an overview of Wägilak manikay narratives and style, including their social, ceremonial and linguistic aspects, and explores the Crossing Roper Bar project as an example of creative intercultural collaboration and a living continuation of the manikay tradition.

The Gurindji people of the Northern Territory are perhaps best-known for their walk-off of Wave Hill Station in 1966, protesting against mistreatment by the station managers. The strike would become the first major victory of the Indigenous land rights movement. Many discussions of station life are focused on the harsh treatment of Aboriginal workers. Songs from the Stations portrays another side of life on Wave Hill Station. Amongst the harsh conditions and decades of mistreatment, an eclectic ceremonial life flourished during the first half of the 20th century. Constant travel between cattle stations by Indigenous workers across north-western and central Australia meant that Wave Hill Station became a cross-road of desert and Top End musical styles. As a result, the Gurindji people learnt songs from the Mudburra who came further east, the Bilinarra from the north, the Nyininy from the west, and the Warlpiri from the south. This book is the first detailed documentation of wajarra, public songs performed by the Gurindji people in response to contemporary events in their community.

For the sake of a song: Wangga songmen and their repertories

Wangga, originating in the Daly region of Australia’s Top End, is one of the most prominent Indigenous genres of public dance-songs. This book focuses on the songmen who created and performed the songs for their own communities and for the general public over the past 50 years. The book is organised around six repertories: four from the Belyuen-based songmen Barrtjap, Muluk, Mandji and Lambudju, and two from the Wadeye-based Walakandha and Ma-yawa wangga groups, the repertories being named after the ancestral song-giving ghosts of the Marri Tjavin and Marri Ammu people respectively.

Find For the sake of a song : Wangga songmen and their repertories in Library Search

Re-awakening languages : theory and practice in the revitalisation of Australia’s indigenous languages

The Indigenous languages of Australia have been undergoing a renaissance over recent decades. Many languages that had long ceased to be heard in public and consequently deemed ‘dead’ or ‘extinct’, have begun to emerge.

Geographically and linguistically isolated, revitalisers of Indigenous Australian languages have often struggled to find guidance for their circumstances, unaware of the others walking a similar path. In this context Re-awakening Languages seeks to provide the first comprehensive snapshot of the actions and aspirations of Indigenous people and their supporters for the revitalisation of Australian languages in the 21st century.

The contributions to this volume describe the satisfactions and tensions of this ongoing struggle. They also draw attention to the need for effective planning and strong advocacy at the highest political and administrative levels, if language revitalisation in Australia is to be successful and people’s efforts are to have longevity.

Find Re-awakening languages : theory and practice in the revitalisation of Australia’s indigenous languages in Library Search

The Pacific and Regional Archive for Digital Sources in Endangered Cultures (PARADISEC) has been on the cutting edge of digital archiving, building a significant historical collection and community of practice engaged in the preservation and accessibility of research materials. Over the ten years of PARADISEC’s operation, the repository has grown to represent over 860 languages from across the world, including cultural materials from the Pacific region and South-East Asia, North America, Africa and Europe. With over 5000 hours of audio, the extent of the archival material, as well as the inclusion of a variety of styles such as songs, narratives and elicitation, has resulted in an invaluable resource for researchers and communities alike.

PARADISEC’s innovation in archival practice allows communities to access original recordings of their own cultural heritage, and provides fieldworkers with a wealth of primary material. Research, Records and Responsibility explores developments in collaborative archiving practice between archives and the communities they serve and represent, incorporating case studies of historical recordings, visual data and material culture. It brings together the work of Australian and international scholars, commemorating ten years of PARADISEC, and reflects on the development and future directions of research and language archiving.

Archival Returns : Central Australia and beyond

Place-based cultural knowledge – of ceremonies, songs, stories, language, kinship and ecology – binds Australian Indigenous societies together. Over the last 100 years or so, records of this knowledge in many different formats – audiocassettes, photographs, films, written texts, maps, and digital recordings – have been accumulating at an ever-increasing rate. Yet this extensive documentary heritage is dispersed. In many cases, the Indigenous people who participated in the creation of the records, or their descendants, have little idea of where to find the records or how to access them. Some records are held precariously in ad hoc collections, and their caretakers may be perplexed as to how to ensure that they are looked after. Archival Returns: Central Australia and Beyond explores the strategies and practices by which cultural heritage materials can be returned to their communities of origin, and the issues this process raises for communities, as well as for museums, galleries, and other cultural institutions.

Find Archival Returns : Central Australia and beyond  in Library Search