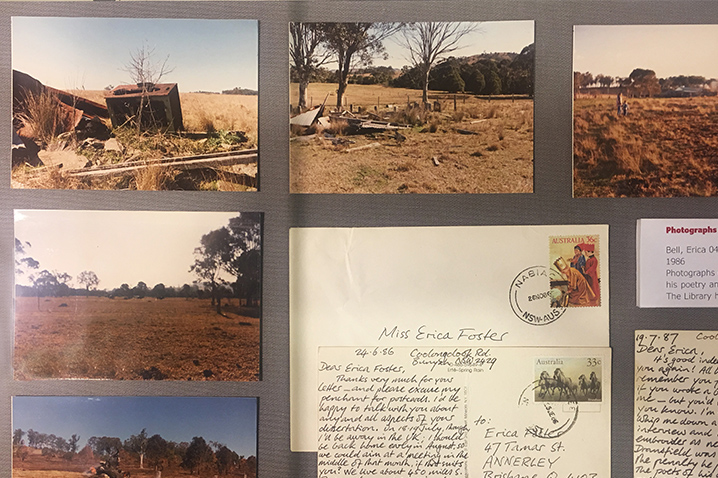 In the latest Rare Books and Special Collections exhibition, see selected publications, correspondence, photographs, newspaper clippings, interview tapes, and typescripts of poems and interviews from our Erica Bell collection and donations from John Rowe, to commemorate the Australian poet Les Murray, the University of Sydney graduate who was to become known as the leading poet of his generation.

Les Murray was born in Nabiac, NSW on 17 October 1938. Throughout his childhood and teenage years, he faced economic and emotional hurdles, including being targeted by high school bullies. Life improved for Murray in 1957 when he started his Arts degree to study modern languages at the University of Sydney. Student publications gave Murray an output for his creative work and he contributed labour and time to editorial boards of these publications.

After having taken a break from his studies working as a translator and traveling Europe, he published his first volume of poems was published in 1965: The Ilex Tree, co-authored by Geoff Lehmann, another Sydney alumnus.

When Murray graduated in 1969, he became a fulltime poet and writer. He played a significant role in the ongoing development of Australian literature and poetry, as a creator, editor, and critic. His poetry was much admired, for his ability to connect with others through class, mythologies, ideals, and landscape.