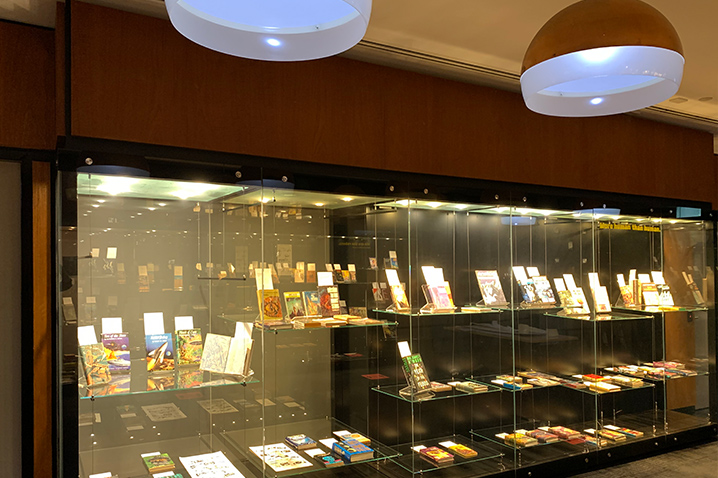 Don’t miss this new exhibition, featuring many of the great classics of science fiction from our Rare Books and Special Collections. It was curated by Library staff member Mark Sanfilippo, who chose the items, produced the descriptions, and even wrote and performed the theme music – which you can listen to on Soundcloud.

The exhibition is titled in honour of the Australian syndicated newspaper comic strip, Frontiers of Science, created here at the University of Sydney and published internationally from 1961-82. Its aim was to disseminate scientific knowledge in an easily comprehensible way, during the height of the Cold War between Soviet Union and America.

The exhibition features works from both The Frontiers of Science strips and our SF collections. It explores classic SF themes: space travel, artificial intelligence, aliens and alien civilisations, light speed, life in the future, astronomy, celestial bodies, planets, galaxies, solar systems and many more of the realms where imagination rules.

Check out Frontiers of Science Fiction from 1 March to 15 August 2021 in the Level 2 Exhibition Space in Fisher Library.

You can also read a commentary by the curator, Mark Sanfilippo.