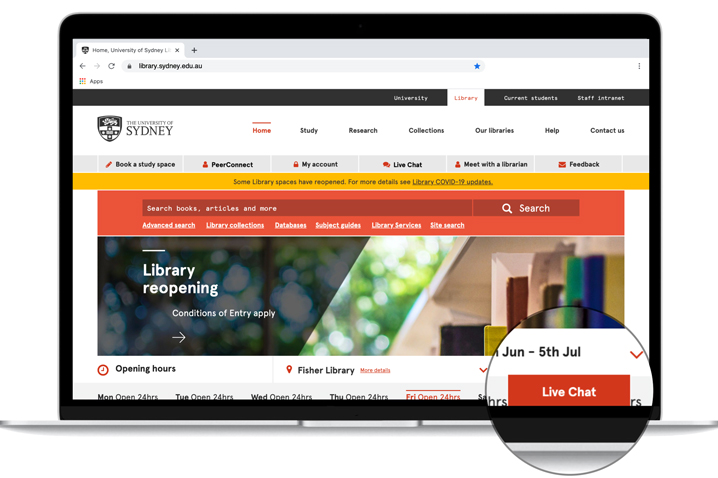 We’ve redesigned our homepage to better communicate with you and made our online help services easier to find.

From Monday 6th July, you will notice some changes around the Library website.

To help you discover Library initiatives and services, we’ve redesigned our homepage so you can see featured information without having to scroll down the page.

Say hello to Live Chat, on all pages

Previously called ‘Chat Now’, you’ll now find a ‘Live Chat’ tab in the lower right of your screen on all pages, so where ever you are on our website help is one click away. Even better, it’s now easier to start chatting with our staff – just type your message and connect instantly.

This is the same service you know and love. Use Frequently Asked Questions to find the Library’s answers to your top questions, 24/7. Can’t find the answer you’re looking for? It’s still easy to send a new question our way.

We’d love to hear your feedback about these changes as we continue to make improvements to the Library website. 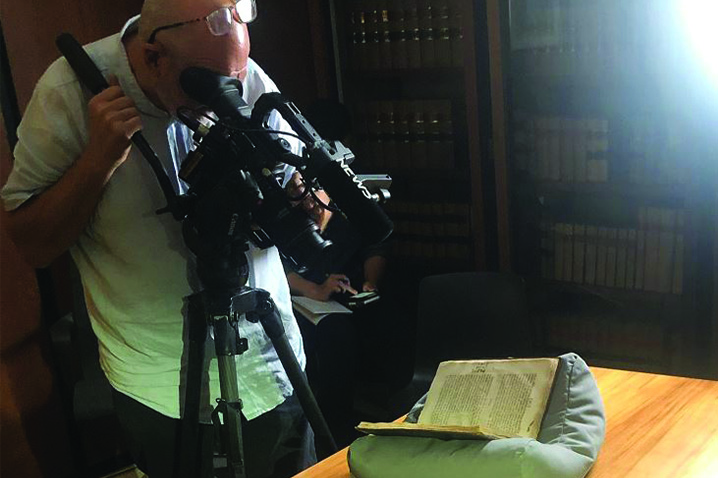 Safely resting in the archives of our Library lives a copy of the text that rewrote the rule book on Earth and space Principia (Philosophiae Naturalis Principia Mathematica), recently featured on ABC’s 7.30 report.

First published in 1687, the text is one of the most important books on natural philosophy in which Newton establishes the modern science of dynamics and outlines his three laws of motion.

The University of Sydney copy is one of only four known copies that were sent by Newton and his assistant Roger Cotes to other mathematicians in order to eliminate any errors in a second edition. The other copies are all located in the Northern Hemisphere – two in the University of Cambridge Library and one in the Library of Trinity College.

The report uncovers how the Library came to have this important copy and the significance of the rare text. 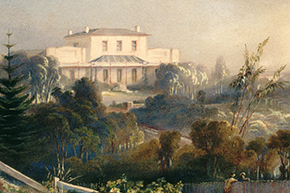 “making a garden was not only an act of settlement – it was one of hope, promising productivity and beauty and, in these creative endeavours, establishing a new life and even a new identity.” (Gretchen Poiner)

The authors explore the role of gardens in health and wellbeing, in social and cultural life, and in attempts to exercise moral control over the state’s citizens. They consider how changing fashions in garden design have reflected shifting economic, cultural and technological conditions. And they tell the stories of individual gardens and the gardeners who made them, from suburban veggie patches to grand country estates.

The book will be launched on 23 June 2016 at the Mitchell Library, the State Library of NSW.

Be the first to find out about new Library titles!

We  now have  three  new ways to bring our collection to you. Use these fast, simple  ways to better discover our new titles:

> Take a glance at our Online Bookshelves/Carousels of the most recent new titles.

> Set up Search Alerts to get weekly emails about the new titles you want.

For more information about these tools see our New titles FAQ.

Please send us your feedback via Ask Us Now